The COVID-19 pandemic and oil price war between Russia and Saudi Arabia have delivered a combo knockout punch to the global stock market and traditional safe-haven investments.  The global equity markets are down year-to-date as follows (data provided by Kwanti, ending March 19, 2020):


We are very concerned with the healthcare crisis the world is experiencing, and our hearts go out to the people of the world that will be seriously affected by the pandemic.  We know this pandemic will be life changing for many; this article is not meant to diminish the seriousness of the situation.   We are all being bombarded by the hour with negative news about the pandemic.  You are probably reading scary headlines about heading into a global recession that could be worse than The Great Recession of 2008-2009.  This article is meant to provide a different perspective and will highlight the bullish case for stocks going forward and why the current sell-off may be close to finding a bottom.


Bear markets are normal.   There have been 26 bear markets since The Great Depression (including the current bear market of 2020).  A bear market occurs when an index drops 20% or more from a recent peak.  The stock market has recovered from historical bear markets 100% of the time.  The real question is not will the market recover but when will it recover.  The cause of every bear market is different so looking at historical comparisons will not guarantee the same result, but the comparisons can provide a great guide to what may happen and help with expectations. We believe a similar pandemic contributed to the US recession in 1958. 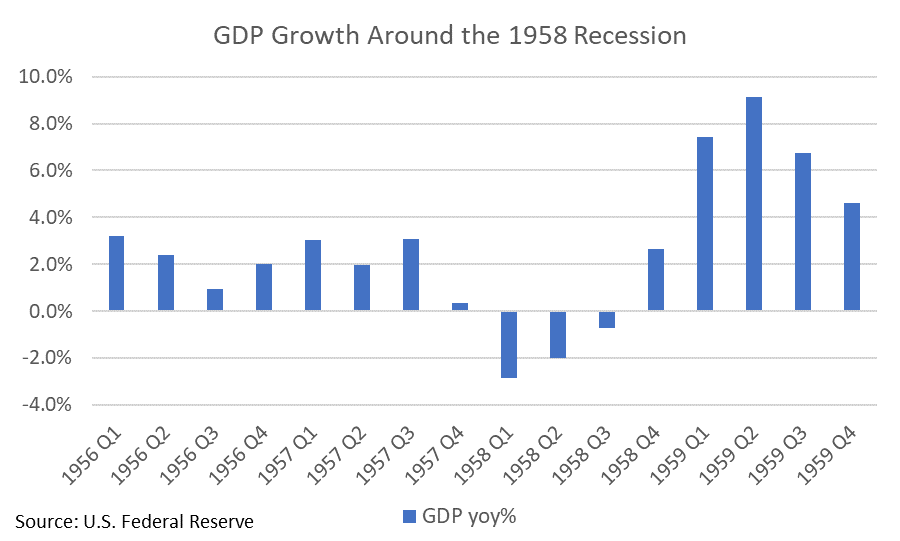 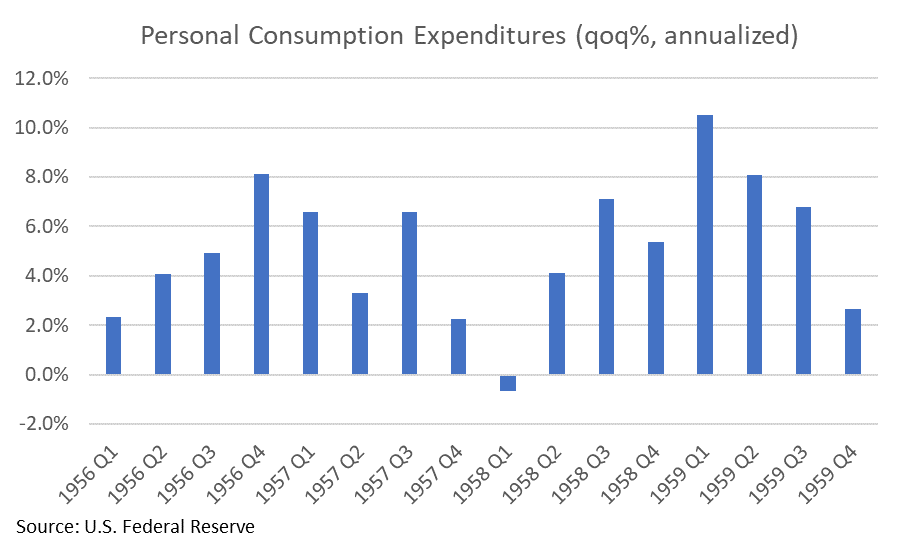 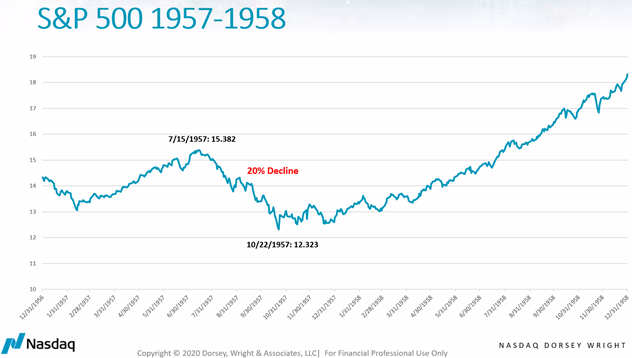 If we compare the current bear market in the S&P 500 Index with the bear market of 1957-1958, a strong case can be made that the market has now priced in a recession and possibly gone too far with the current sell-off.

What The Technical Indicators Are Telling Us


At IMPACTfolio we believe in focusing on the long-term and controlling what you can control, which is evident in our Investment Beliefs summary. We are not trying to time the markets; however, technical indicators are useful tools that can help filter out the noise. This helps us review current market conditions without our own human emotions clouding judgement.

One indicator that historically has helped to show when markets are close to or have found a bottom is called the Bullish Percent for the New York Stock Exchange (BPNYSE).  The BPNYSE is a measure of the percent of stocks that trade on the NYSE that are on a Point & Figure buy signal. Historically when this indicator drops below 10%, the market is closing in on finding a bottom. When the indicator reverses up from being below 10%, the market has usually found a bottom and the choppy recovery is under way. The data for this indicator goes back to 1997.  During that time frame, it has only dropped below 10% twice: The Great Recession and today.

A few key takeaways from this indicator and the chart include:


The stock market and other asset prices tend to have dramatic short-term swings driven by fear and greed.  Over the long-term, the markets correctly price in various factors and move upward.  We have helped investors through the tech bubble bursting in the early 2000s and the Great Recession of 2008-2009.   In those periods as well as others, we have seen signs of fear take over. This creates unnecessary selling of stocks as well as high-quality safe havens, such as investment-grade corporate and municipal bonds. With the power of hindsight, we are able to look back and see that the fear-induced selling created incredible buying opportunities. We are seeing similar events unfold today.

We previously highlighted that the S&P 500 Index corrected a little over 20% during the 1957-1958 “Asian Flu” pandemic. The current correction is now a little over 30%.  Is the COVID-19 pandemic going to be worse than the “Asian Flu” pandemic?  The stock market has now essentially priced in a similar experience, but a case can be made that our society today is better equipped than we were nearly 60 years ago.  We also expect the massive global stimulus will help limit the economic pain.

A phenomenon that we saw in late 2008 is happening again today. Investment-grade corporate and municipal bonds, usually safe-havens, are selling off when they really should be providing stability. The chart below highlights two distinct safe-haven investments, how they performed in 2008, and how they are performing in 2020.

Both of the safe-haven assets above bounced back to even within three months or less during the Great Recession.

The Troubled Asset Relief Program (TARP) was signed into law by George W. Bush on October 3, 2008.   The program authorized expenditures of $700 billion to stimulate the economy. If we fast forward to today, the Fed has already taken steps to inject nearly $1.2 trillion of liquidity into our financial system and lowered the Fed Funds rate to close to zero. There is more Fed stimulus on the way that will likely dwarf the TARP program of 2008. Congress has also approved its first round of fiscal stimulus signed into law on March 18, 2020 by Donald J. Trump.  A second round of fiscal stimulus is currently being negotiated and will likely include direct payments to individuals.

The Great Recession of 2008-2009 was the worst recession in US history dating back to the Great Depression of the 1930s.  We have already announced more stimulus for the COVID-19 recession with more on the way.  We believe this is positive news and helps support the bullish case for stocks and other depressed assets.

Though it is difficult to follow, we must remember Warren Buffet’s words of wisdom: “Be greedy when others are fearful and fearful when others are greedy.” We may not see another buying opportunity like this one for years.